The South Korean cultural phenomenon K-pop is now a Broadway musical – simply called KPOP. The show is a kind of MTV behind the music story of a fictional Korean label, RBY, presenting a concert in New York.

Shortly after the start of KPOP, the audience is immersed in an energetic rendition of a song titled “This is My Korea.” A girl group consisting of five singers, RTMIS (pronounced Artemis), sings in Korean when they go on stage. Swinging arms and hips in synchronized, repetitive movements, the singers then switch to English, as in many K-Pop songs.

They are followed by a band of boys with nine singers, F8 (pronounced Fate), doing the same material, but with macho and smoking movements. And then they all sing together, doing spot-on moves choreographed by Jennifer Weber, where the performers make a “K” with their hands each time they sing the word “Korea.”

“It keeps coming back to become a visual hook at the same time it’s a vocal hook,” Weber said.

KPOP is an unconventional musical – there are no traditional solos or duets where the characters sing their emotions directly to the audience or to each other.

But director Teddy Bergman said “This is My Korea” still functions as an old-fashioned Broadway opening number.

“This song is in many ways similar to our version of ‘Tradition’ by Fiddler [on the Roof]. It introduces a set of [characters]; kind of a big themed banner for the evening,” he said.

Off Broadway, the show asked, “Why isn’t K-pop a hit in America?” Now that has changed.

The show was originally presented as an immersive off-Broadway play in 2017, where audiences went from room to room – seeing bits and pieces from rehearsals, auditions and recording sessions – before gathering in a great space to watch a concert. At the time, K-Pop hadn’t really penetrated American cultural consciousness, beyond PSY’s monster hit, “Gangam Style.”

“The off-Broadway show’s host question was, why has K-pop been successful around the world, with the notable exception of the United States?” says Bergmann. “And fortunately that has changed in those five years with K-pop groups having had huge, wonderful success in the United States.”

So the current production changed things up, immersing their audience in dynamic performances of one-off songs in different styles, complete with outrageous costumes. Since it’s a documentary-style story with flashbacks, audiences get a glimpse into the K-pop pressure cooker factory, where artists are pushed to perfection, often at the cost of personal sacrifice.

“What really interested me was the psychology behind an international star,” said Jason Kim, the Korean script writer for the series. He says he uses certain tropes from Korean TV melodramas. “What do people like BTS, what do people like [like] CL… What does she think about when she gets up in the morning and what is her daily life like? And how was it before she went on stage and what did she think of her performance on stage and how did that affect your relationships?”

Kim said the show examines the dynamic between “this very Eastern concept of duty that comes with self-expression… What does it look like when the two are in conflict with each other? And so, for me, it’s really a thematic principle that ties everything together.”

The show has several performers who are real K-pop idols including Luna, who plays the show’s star, MwE. Luna has also appeared in many musicals, such as Revenge of a Blonde, in Korea. His presence lends an air of authenticity.

“She’s one of those people who has this very rare gift of being almost transparent on stage,” Bergman said. “You can just read everything that’s going on with her effortlessly. And as a singer and a dancer, she’s just virtuosic.”

One of the show’s songwriters is Helen Park, who was born in South Korea and loved K-pop growing up. She is the first female Asian songwriter on Broadway and created all of the electronic backing tracks, which are accompanied by a small backstage band. Park said the score reflected the wide variety of K-pop styles.

“Every musical moment is a little different from each other,” Park said. “We’ve got ballads, we’ve got reggaeton, we’ve got new disco, we’ve got progressive house. We’ve got everything pop.”

As catchy as the music was, Max Vernon, who co-wrote the score with Park, said they wanted the songs to reflect the emotional states of the characters.

A song, titled “Wind Up Doll”, is performed by MwE, after rehearsing with an abusive choreographer.

“This song is so bubbly, so effervescent. It puts a smile on your face,” Vernon said. “But if you really listen to the lyrics, they’re pretty grim. You know, it’s like, ‘You push the gear/touch me like this/you wrap me like clockwork/and I obey.'”

Sometimes the public KPOP behaves like it’s a concert, not a Broadway show – people are screaming, clapping and moving to the beat of the music.

“K-pop as a genre and K-pop as a phenomenon is, I think, so welcoming,” Park said. “It’s inclusive, it’s inviting.”

Fans learn K-pop dances from videos and then post their own versions on social media. Already, said choreographer Jennifer Weber, some fans of the musical are doing the same.

“It was so cool to see that in our audience, to see people who are already starting to do dance covers and becoming fans of the bands [in the show].”

The show is currently premiering on Broadway – it opens November 27. 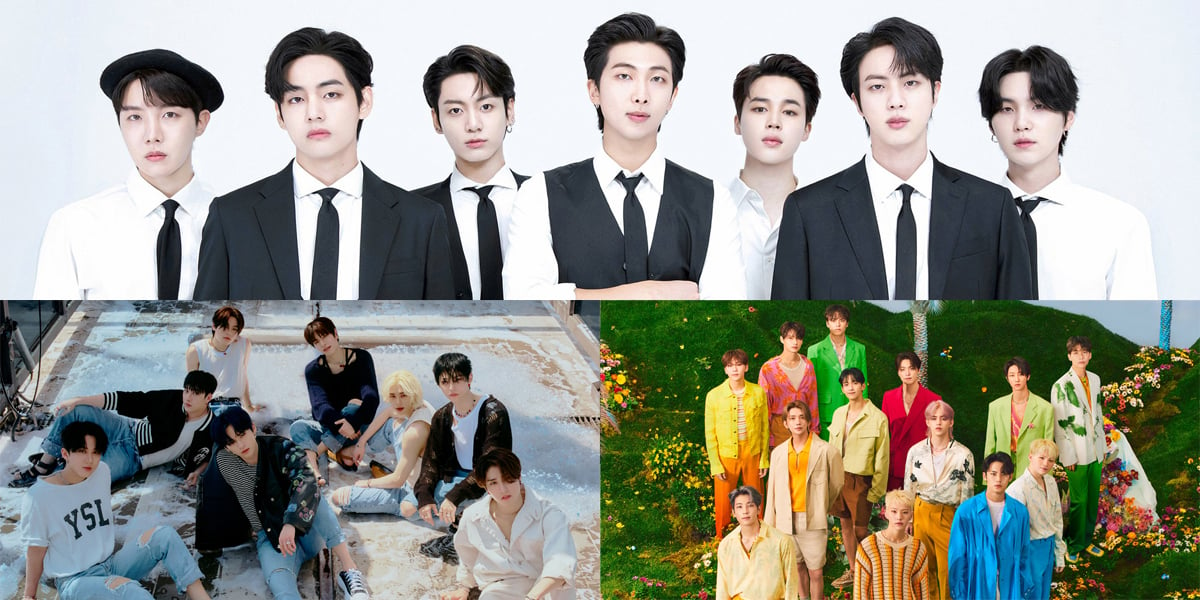