Jim McFarlane in action at KZN’s Suncoast Casino in 2021.

In 2021, Red Bull Car Park Drift made its way to South African shores for the first time. To mark his first event, Guinness World Record holder and famed drift judge Abdo Feghali dragged a Nissan 350Z through the Durban streets and some of its most famous landmarks in a special clip that celebrates the city and titled ‘Durban Drift’.

The country’s top drifters will once again gather in Durban to compete in the Red Bull Car Park Drift South Africa National Qualifier. The event will take place at the Suncoast Hotel and Casino on April 9, 2022. Drifting is one of the most exciting and fastest growing disciplines in motorsport, demanding the perfect balance of speed, style and fearlessness from its drivers. The goal is to put the car into a sideways drift in a corner by intentionally oversteering to initiate the controlled loss of traction.

In South Africa, the sport as we know it today dates back to around 2004 with pioneer drifters such as Faheem Salie and DJ and TV host Ready D – they started the drifting scene in Cape Town with the Nissan 200SX S13, which resembled the Japanese style. drifting cars. The crew were known as “The Drift Squad” and were the mainstay of various car parks around Cape Town.

READ | SA Drift Champion Jim McFarlane prepares for the World Final in Egypt, but on the “wrong” side of the car

Ready D is thrilled to finally have a tournament as prestigious as Red Bull Car Park Drift back in South Africa to showcase the talent the country has to offer.

“Having this event come to South Africa is a huge opportunity for drifters and high adrenaline motorsport fans,” says Ready D. “Hopefully it continues to grow locally and eventually we can organize the event in Cape Town.” 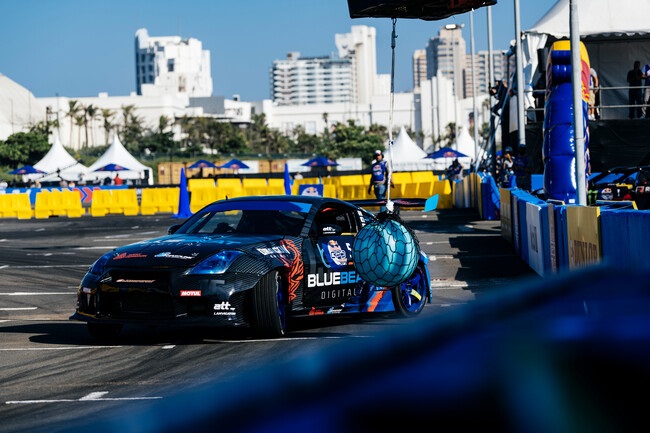 A chance to represent SA

Entrants from across South Africa will descend on the Suncoast Hotel and Casino and be put through their paces until the top 16 are selected to face off on April 9, where the 2022 national winner will be crowned. That person will hold the South African flag high at the Red Bull Drift World Finals in Saudi Arabia later this year.

This year, Durbanites will be able to take part in the live tire squealing action as spectators are invited. Tickets will go on sale in March, and you are advised to keep an eye on Red Bull South Africa’s social media pages for more information on ticket prices.

Last year, Jim McFarlane from Johannesburg came away as national champion and went on to represent South Africa in the World Finals held in Cairo, Egypt: “2021 has been an amazing experience for me “A tournament like the Red Bull Car Park Drift is unprecedented in the country and allows the sport of drifting to grow.”

STAY UPDATED with the latest automotive news by signing up to our FREE newsletter, ‘LET’S DRIVE’.